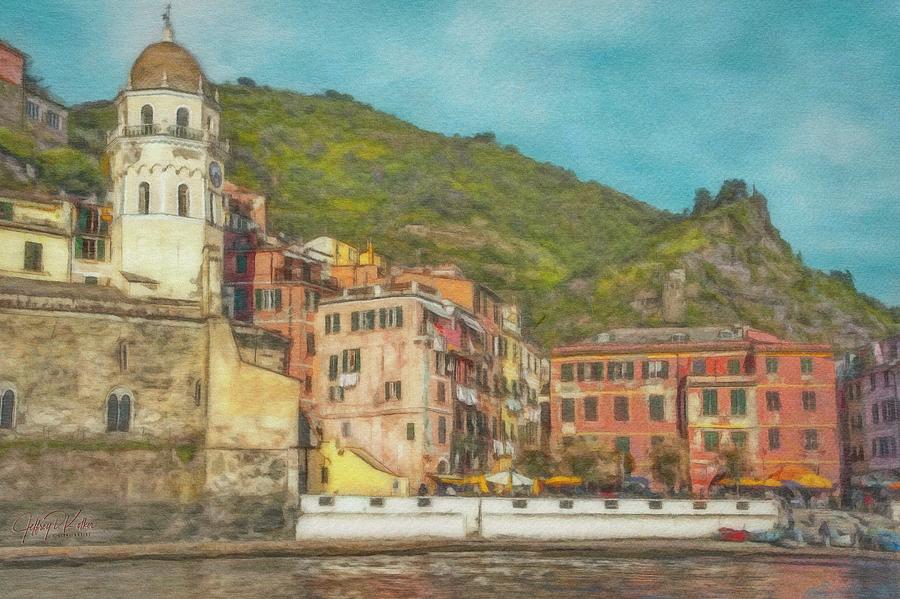 An up-close view of Vernazza from it's small port. There's a small beach in front of the white wall where very small boats can land and people can swim. To the left is La chiesa di Santa Margherita d’Antiochia, or to put it in English, the Church of St. Margaret of Antioch.

This church was first mentioned in texts dating 1318. It has been repaired and enlarged over the years, and the last major renovation seems to have occurred around 1750. It's old. Some suspect even older than the 1318 date.

Vernazza itself is one of the Cinque Terre (Five Lands) and has it's history dating back to at least 1080. It was a fortified town, probably an active naval base. There are the ruins of a castle to the right (not included) overlooking the town.

The Cinque Terre is a World Heritage Site, as designated by UNESCO.