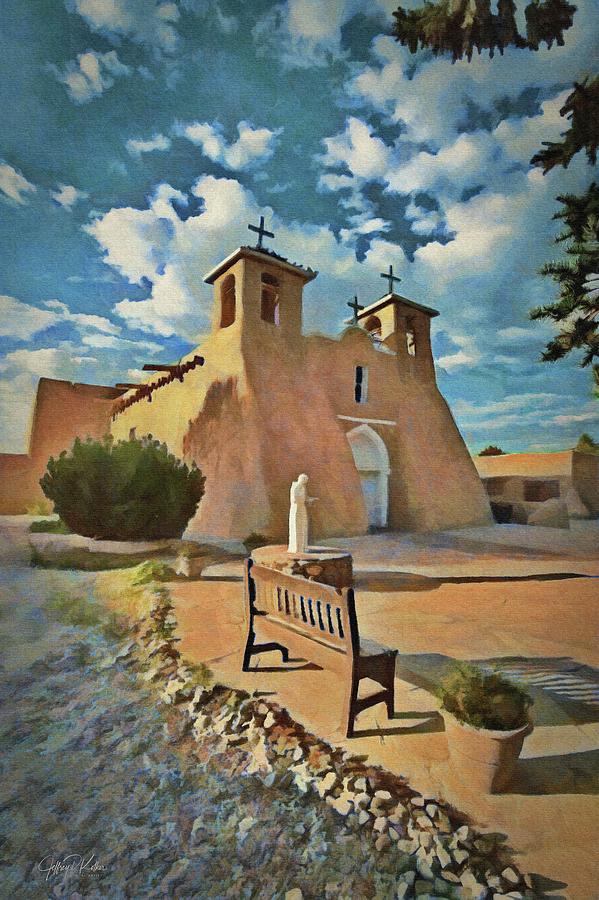 San Francisco de Asis Mission Church is located in Ranchos de Taos, New Mexico. It was built between 1772 and 1816 when that area belonged to Spain, and has been designated a National Historic Landmark. Located on the main plaza, it has been photographed and painted by thousands. Including by the likes of Georgia O'Keeffe and Ansel Adams. Supposedly one of the most phtogographed and painted churches in the world. Made of adobe, it is a prime example of Spanish colonial architecture.