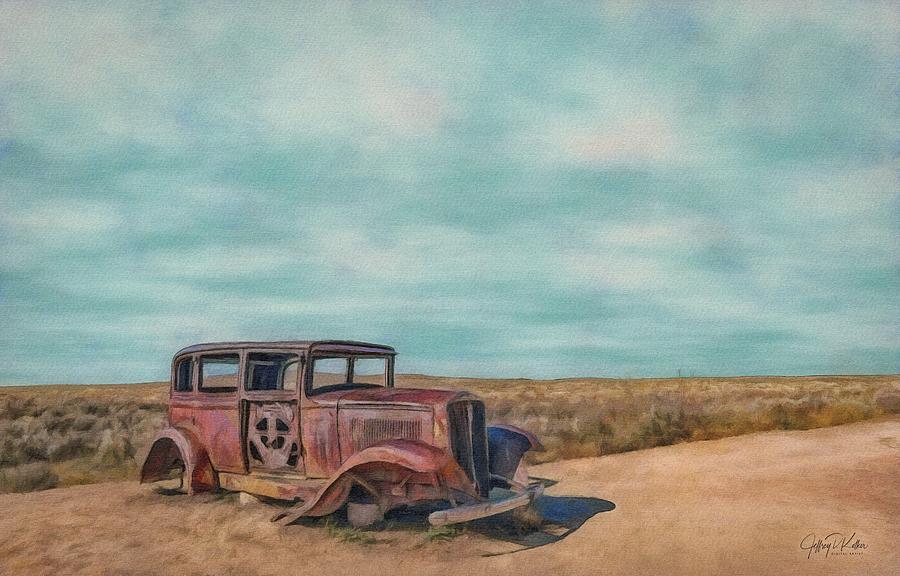 A rusted, dilapidated 1932 Studebaker sits within the Petrified Forest National Park in tribute to the glory days of Route 66

For those that may not know, US Route 66, deemed "The Mother Road" by John Steinbeck in the "Grapes of Wrath", is a highway that goes from Chilcago IL all the way to the Pacific Ocean in southern California. It opened the West and became THE way go when heading to California. Along the way, businesses sprung up (motels, gas stations, restuarants, etc) to serve the passing motorists.

Unfortunately Route 66 became a victim of its own success. As more people used the route, the need more bigger and better roads arose. Thus we got the Interstate Highway System, which, while faster, bypassed many off the small towns and businesses. Some of these still survive, but many businesses did not survive being bypassed.

If you look at the satellite view in Google Maps at the Petrified Forest Rd, on the loop north of I-40, there is a marker labeled "Route 66". This ruined vehicle sits on the exact location where the old Route 66 crossed the National Park Road. Looking to the south (this view is mostly northwest) one can see Interestate 40 and the multitude of cars and trucks that travel it. The highway which lead to the demise of Route 66.